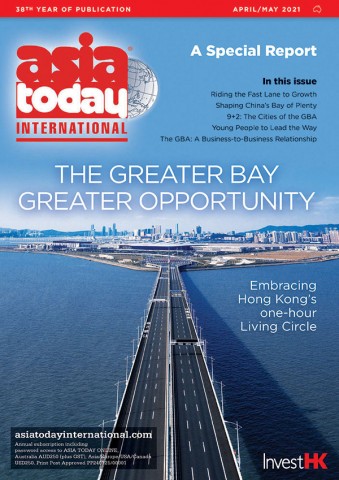 CHINA is actively wooing foreign business globally with its vision for the Greater Bay Area - a high-tech powerhouse of 72 million people across 11 cities of the Pearl River Delta, an area just five times the size of Greater Sydney.

GBA already accounts for US1.7 trillion of China's gross domestic product (roughly the size of Australia's total GDP), 12% of its trade -- and 37% of its GDP. GBA GDP is expected to grow to US$4.5 trillion by 2030.

For business, GBA trade and services feature high on the shopping list, but there are also opportunities in infrastructure, and potential for cross-border joint ventures in R&D and high-tech manufacturing.

Hong Kong has been handed a charter to attract international businesses, especially innovative and high-tech firms -- big and small - into the GBA, and to help Mainland firms go global.

Young people to lead the way - Sixteen new sets of regulations have been announced to drive growth, with the young people of Hong Kong and Macao encouraged to realise their aspirations in the nine Mainland cities of GBA. There are new GBA rules on visas, talent and service providers for priority sectors.

GBA's 10 other cities - Future growth of the GBA will be driven by the sophistication of its high-tech industries, coupled with increasingly affluent consumers. The spread of industries, their depth and their sheer scale of both promise and real potential is apparent in a revealing glimpse of the strengths and ambitions of each city.

Expanding by Degrees - The University of Wollongong's offshore development arm, UOW Global Enterprises, entered Hong Kong in 2015 after purchasing a university campus there, and is now building its second campus. UOW courses are also being delivered into China -- in Beijing, Tianjin and Zhengzhou.