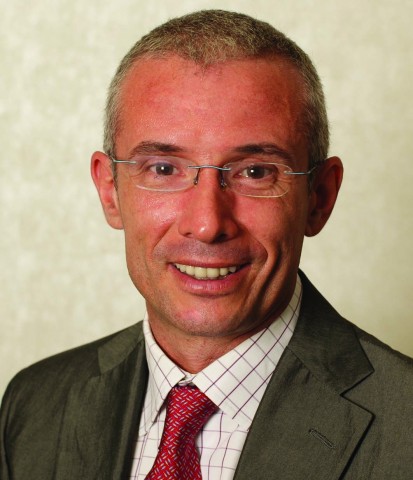 INVESTMENT in national resources industries was the major catalyst for revival of the trade finance market . . .

SINGAPORE — Back in 2006, when the global financial system was awash with liquidity and exotic financial instruments, Christian Stauffer opted for one of the most mundane of financial services — trade finance.

Stauffer, CEO of Eurofin Asia Group, based in Singapore, launched a novel investment Fund, the LH Asian Trade Finance Fund, to raise money from institutional investors to finance trade transactions. Even to this day, it is hard to find another Asian-focussed managed vehicle that offers trade finance as an asset class, and one that delivers an average annual return of five per cent a year.

Eurofin Asia Group manages a pool of US$150 million in Asia, competing with a large assortment of non-bank lenders for a piece of the non-bank trade finance market. Stauffer told ATI that the industry estimate of the size of this segment of the trade finance market is  US$360 billion a year in Asia alone.

This is, of course, a mere drop in the ocean of trade finance. The commodities trade in Asia is estimated to be worth US$2 trillion a year. Stauffer says it was the historic level of investment in national resources industries beginning in the early 2000s that proved to be the major catalyst for revival of the trade finance industry.

In the decade between 2001 and 2011, the price of most commodities and their associated transportation costs increased five-fold or more.  This coincided with growth in the volumes transacted, creating a huge gap in new capital requirements.

Stauffer says trade in Asia has its own dynamics, quite unlike other regions of the world. Throughout the global financial crisis and the subsequent rolling European debt crisis, he says, trade finance liquidity in Asia did not suffer. When liquidity disappeared as the large global commercial banks cut back on lending or retreats, he adds, Asia’s regional banks stepped up to fill the gap.

“These regional banks may not be significant in the world market, but they make a difference in Asia. Increasingly, we are seeing Chinese banks coming into trade finance. And this is the reason Asia has been relatively liquid and has not suffered the squeeze that is evident in Europe.” Stauffer explains that European
regional banks are the same banks that operate around the world.

His fund, which accepts minimum investments of US$500,000 from accredited investors (high net worth individuals, pension funds and so on), lends mostly to Asian companies — small to medium-sized enterprises with turnovers of up to US$1 billion. “We limit our exposure in each borrower to no more than 5-6 per cent of the value of our assets under management,” he says.

“Until the late 1990s, trade finance remained a banking business with a high barrier to entry,” says Stauffer, who had a long career in financing trade when he was a key executive with the large Singapore-listed commodities trading company, the Noble Group.

His experience told him that trade finance, underpinned by quality assets, has the resilience to withstand fluctuations in global market conditions. Trade has continued to grow, albeit at a lower rate, right through various global financial shocks, he says. Indeed, the fact that his fund has been able to generate an average annual return of five per cent with less than one per cent volatility in the past seven years is testament to this point.

Furthermore, his fund has had no down months in that period.

“If you look around the current market, an investor will have to go deep in duration and rating to find five per cent returns,” he says. “Most income-producing investments in Asia are hardly yielding positive returns.”

Although the opportunity for growing the LH Asian Trade Finance Fund has been ever-
present, Stauffer has chosen to grow at a measured pace. However, he adds that his Fund has the capacity to double the size of its pool to US$300 million for larger transactions.